We’ve helped lots of people get out of ChexSystems – Free!
Table of Contents

Dear fellow-Chexsystems sufferer – I have some good news!

I wrote that guide back in 2001 when I was stuck in Chexsystems myself and couldn’t find a solution. And I update it annually. I’ve had around 10,000 downloads of that guide every year!

Back in 2001, I kept coming across lists of banks that were supposed to be non-chexsystems banks, but every time I called them, the bank either no longer existed, or it DID use Chexsystems. Many were not even located in my own state!

I actually paid $500 to a company that said they could get me out of Chexsystems. But nothing happened other than me losing $500. 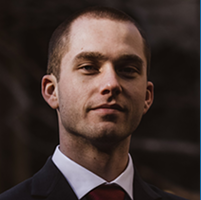 So I did some research on the laws that govern companies like Chexsystems. And after a lot of studying, I took them to court and I also took my bank (Washington Mutual) to court.

You see, I had gone $300 negative in my checking account, and by the time I remedied it (7 days later), the bank told me it was too late, and that they had closed my account and reported me to Chexsystems. At the time i had never even heard of ChexSystems. But I soon found out that millions of other people were facing the same problem. And no matter where I looked, no one seemed to have a tried and true solution.

So back to what happened…

After I took both my bank and Chexsystems to small claims court, and after sending them the letters, they promptly removed me from the database! (I never actually even had to appear in court).

Sometimes it just takes a little elbow grease and some determination, and going directly to the source. What I found out was that in the Fair Debt Collection Practices Act (FDCPA), and in the Fair Credit Reporting Act (FCRA), there are laws that Chexsystems and your bank MUST adhere to when reporting you. And they almost NEVER adhere to them properly. Once you catch them making a mistake, they can be liable to you for damages. Instead of holding them liable for monetary damages, you can instead offer to let them simply remove you from Chexsystems and not have to deal with you anymore. It costs them nothing to remove you, so they are quite happy to do so, in exchange for you not pursuing them for damages. And I was quite happy with that too!

As a side note, you can also use these same tactics when dealing with credit card companies and collection agencies. American Express paid me $1,000 and removed a charge-off in exchange for me just leaving them alone!

The guide you’re about to read was actually optioned as a book too. I almost became a published author. A book agent in New York thought it could really help people, so he signed me to a book deal. He then shopped it around to publishers. A few were interested. But I turned them all down for one reason: they said I could no longer have websites online that teach the info. You see, they wanted to make money off of it, and they didn’t want my free information online competing with the book, causing them to lose sales. I can see how that makes sense for them, but for me it didn’t make sense because I enjoy free speech, and I wasn’t willing to go “silent” online just for a few thousand bucks.

So my loss is your gain!

Plus, I can’t tell you how good it makes me feel to help people get out of Chexsystems once and for all. So be sure to check out my guide, and I’ll see you there.

Rooting for ya,
Kelly Scott